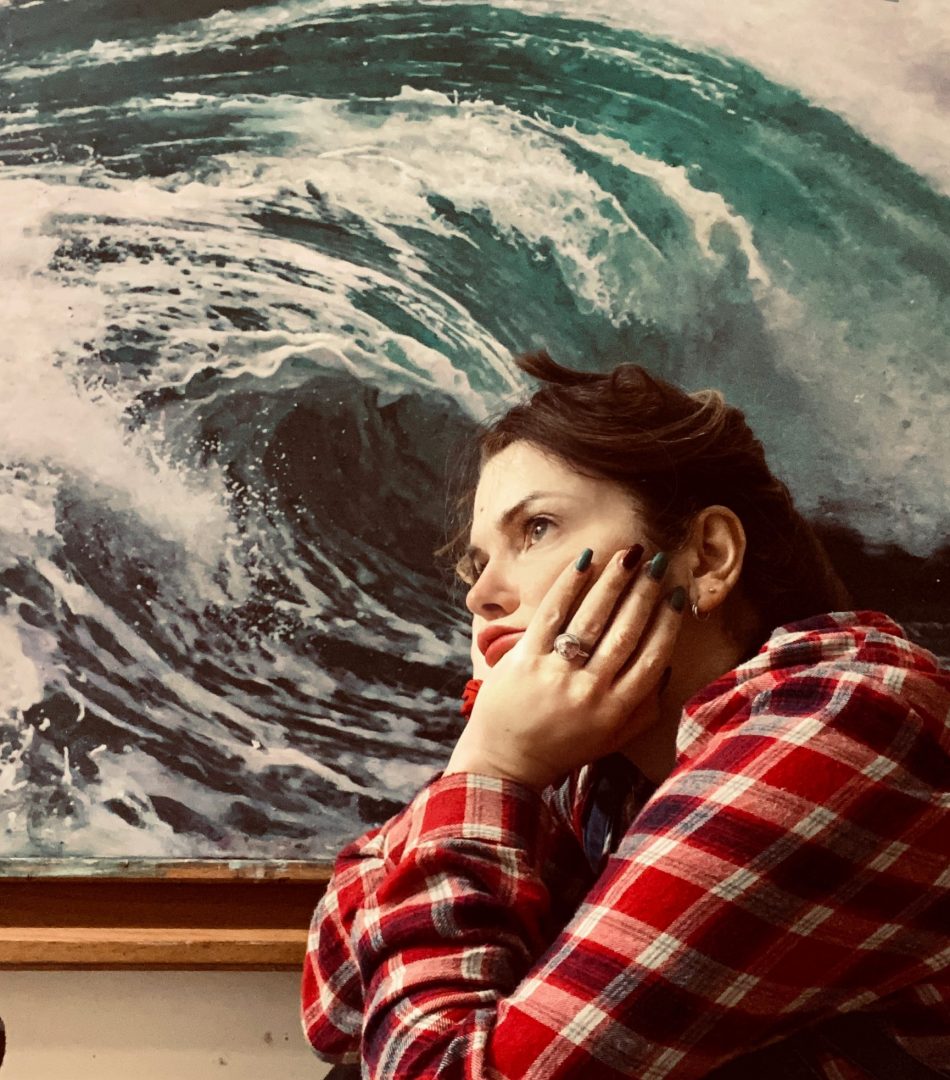 A graduate of Glasgow School of Art and the University of Ohio, Dawnne’s dramatic paintings of the sea are inspired by her father’s career as a fisherman on the west coast of Scotland and its effect on her while growing up.

Her fascination with the sea led her to study the science of waves, relaying the forces that create waves through mathematical equations and by using the Beaufort Wind Force Scale. These calculations are then used to create precise paintings that convey the power and brutality of the waves.

McGeachy exhibits across the UK and abroad, and her work is held in national and international collections. In 2013, Dawnne won the Jolomo Bank of Scotland award for landscape painting, and in 2018 was runner up for the Spectrum Art Award, which she was invited to judge in 2019.